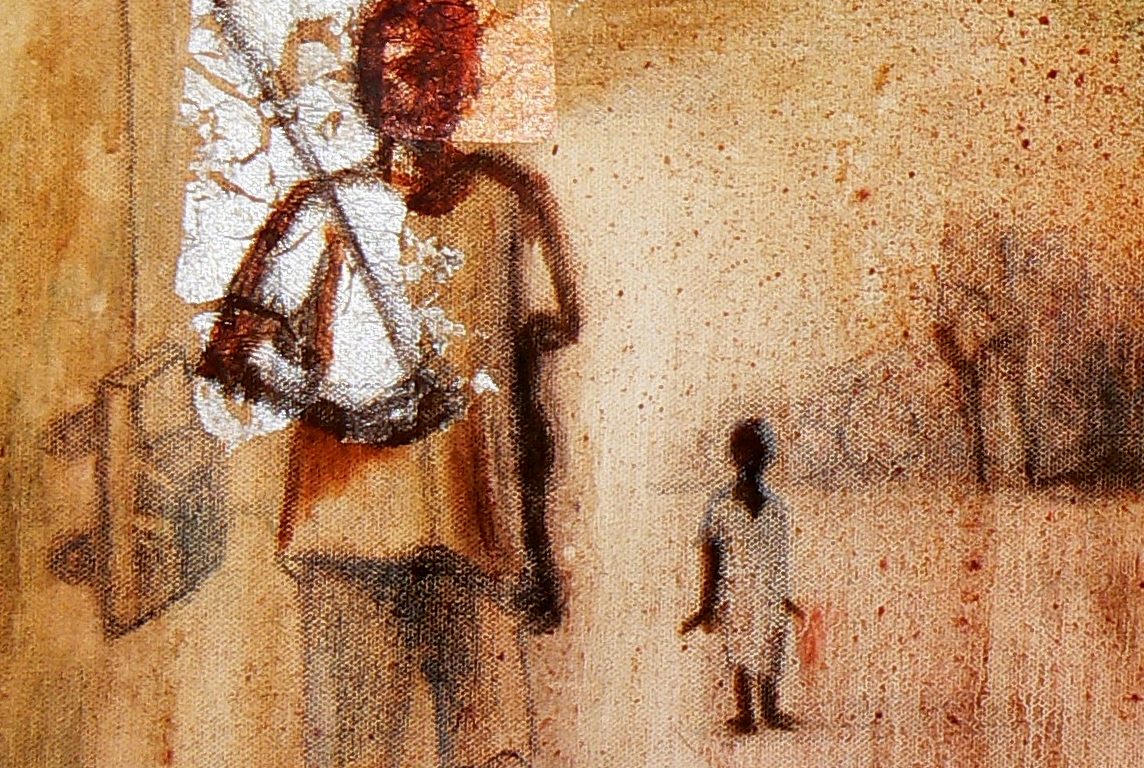 Africa Weeps For Her Children

This series expresses the hopelessness facing many of this continent’s people. It covers the plight of women and children in so many parts of Africa, refugees, the so called “lost generation”, displacement, conflict, the spectre of joblessness and the big divide between 1st world/3rd world rich/poor in the continent.

To deal with these painful social issues, without making them too “in-your-face” to live with, I adopted a visual language, using running paint to depict social meltdown, and metallic foils to suggest that these people have value, even if the world dismisses them, or the 1st world element of the continent, in contrast with the poverty of the 3rd world life so many are struggling with.

Many of the women and children are depicted as faceless, because the rest of the world often sees them as nameless hungry masses, rather than unique individuals. The paintings celebrate the spirit of the children, who despite the terrible conditions so many live under, facing the bleakest of futures, still manage to embrace life with a dignity and cheerfulness.

Africa Weeps For Her Children Gallery 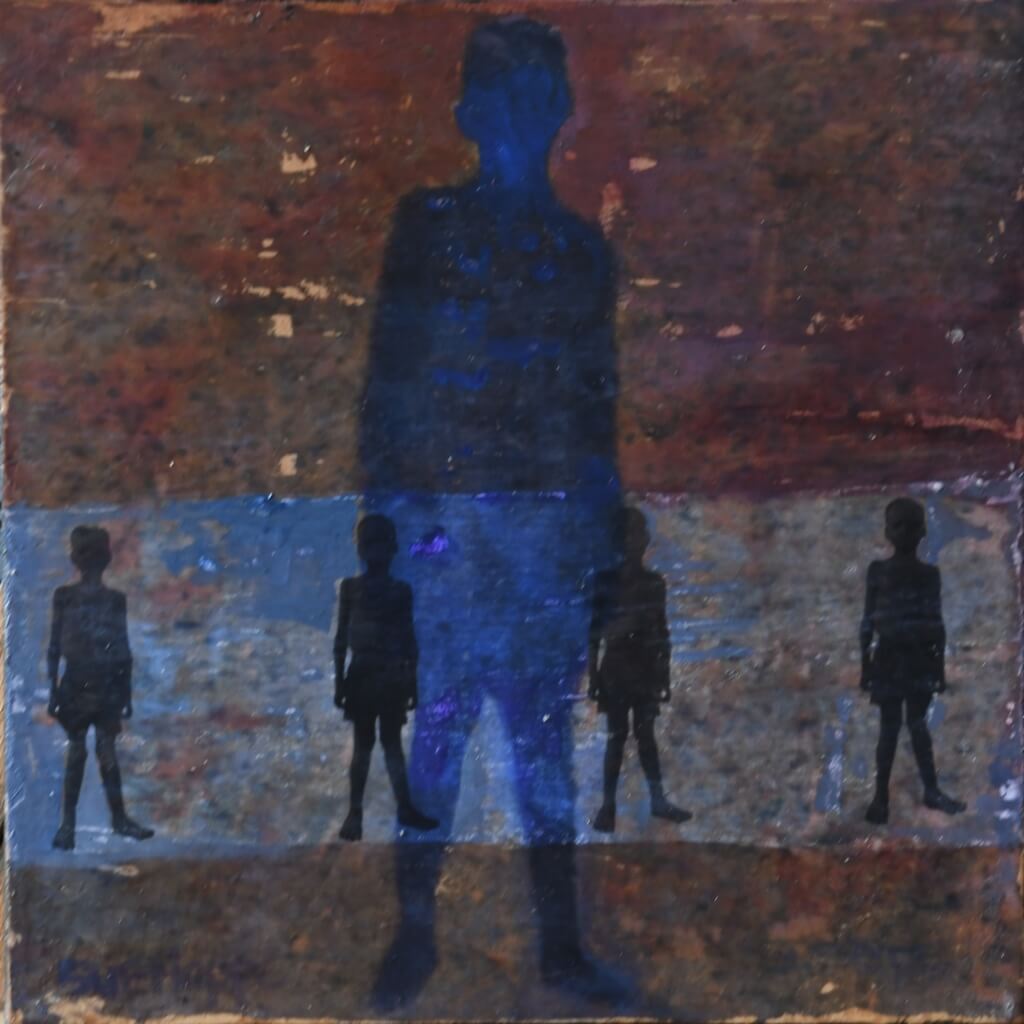 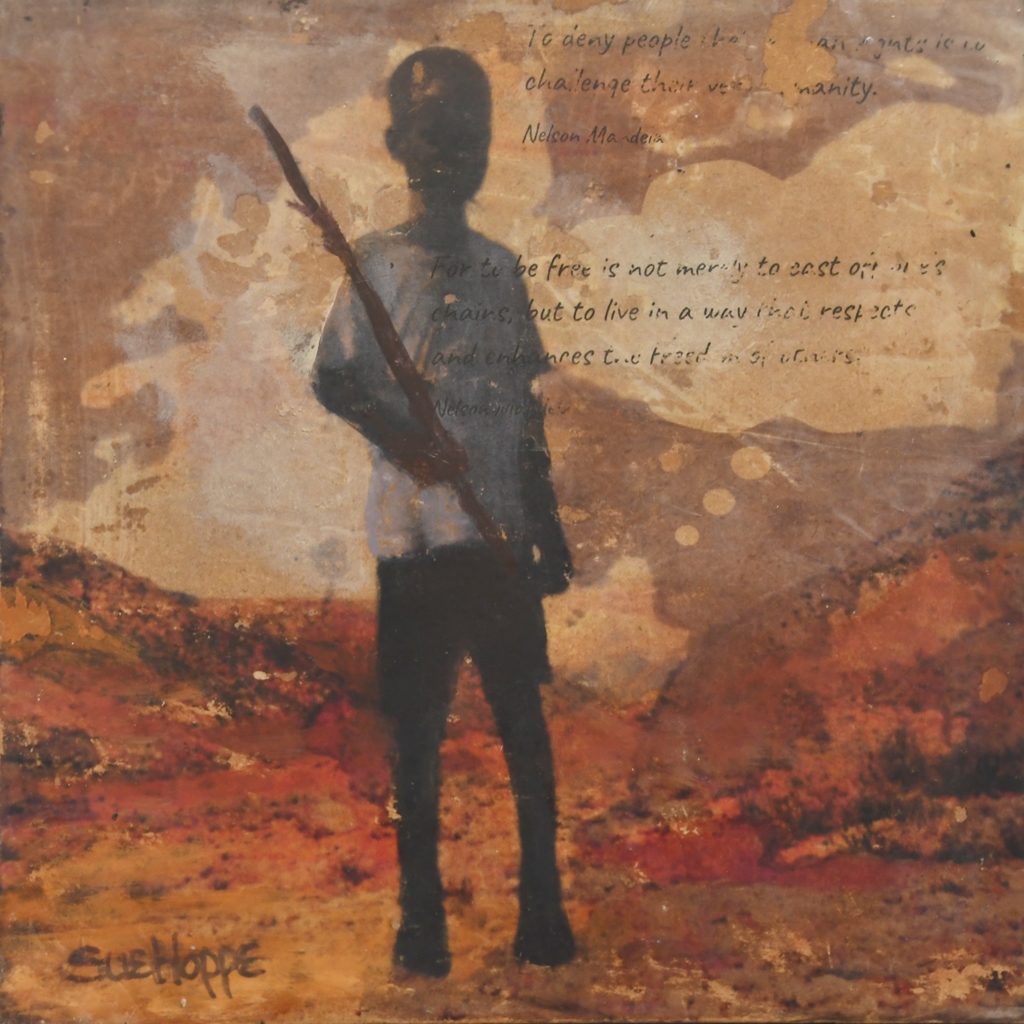 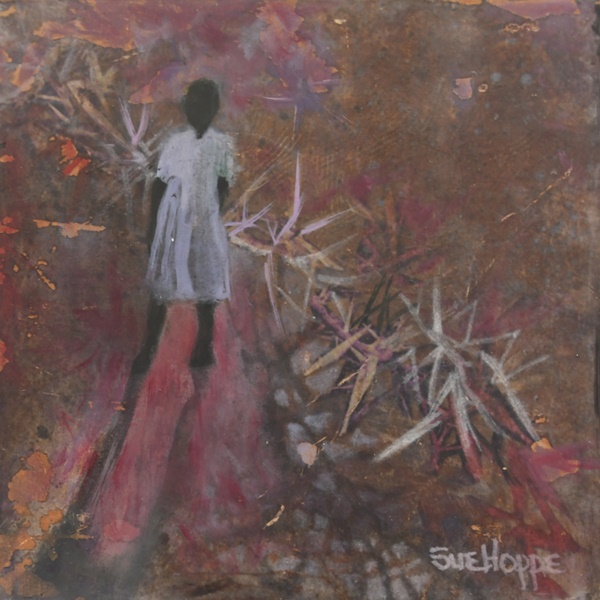 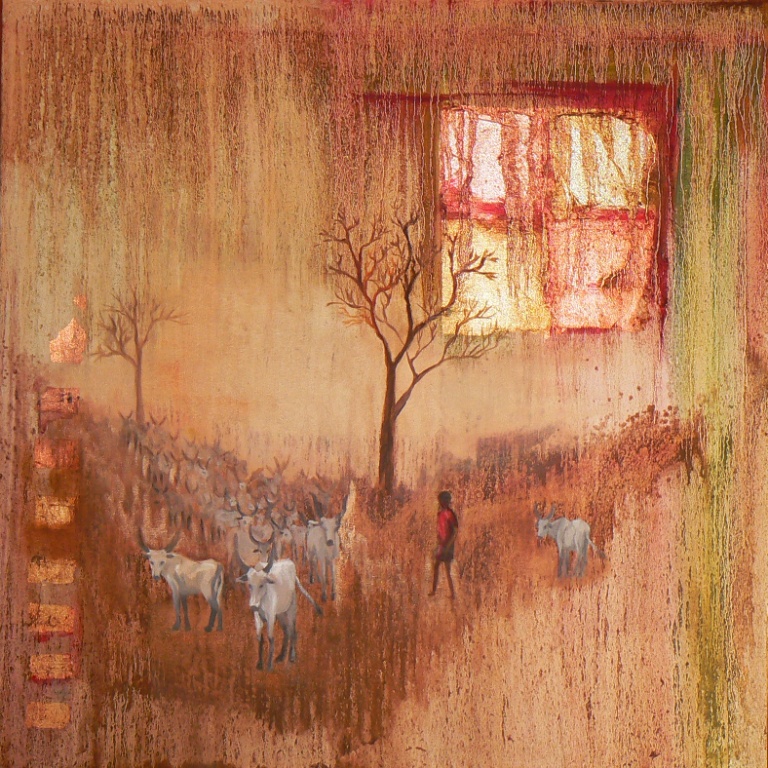 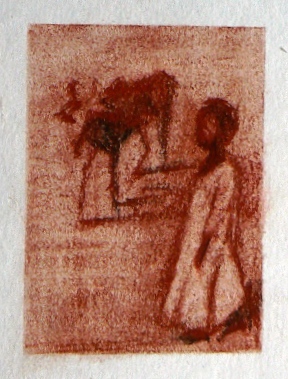 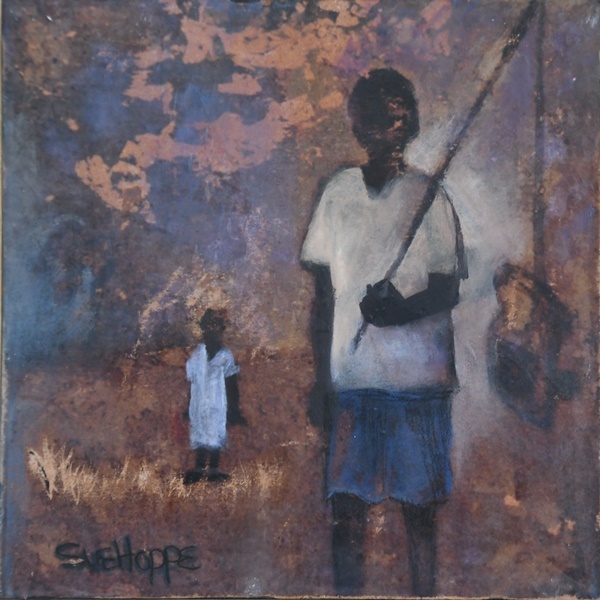 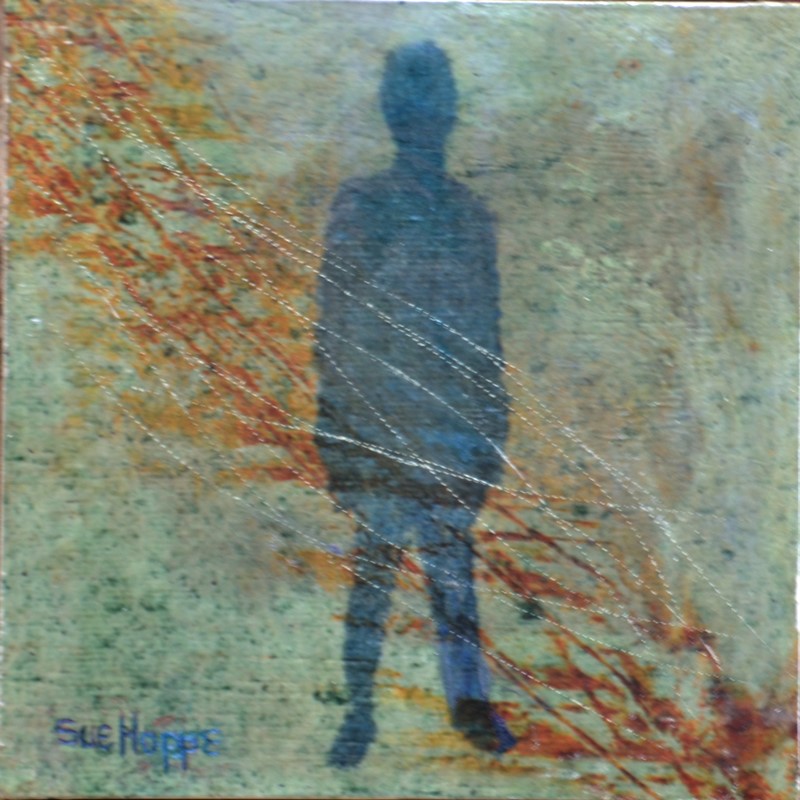 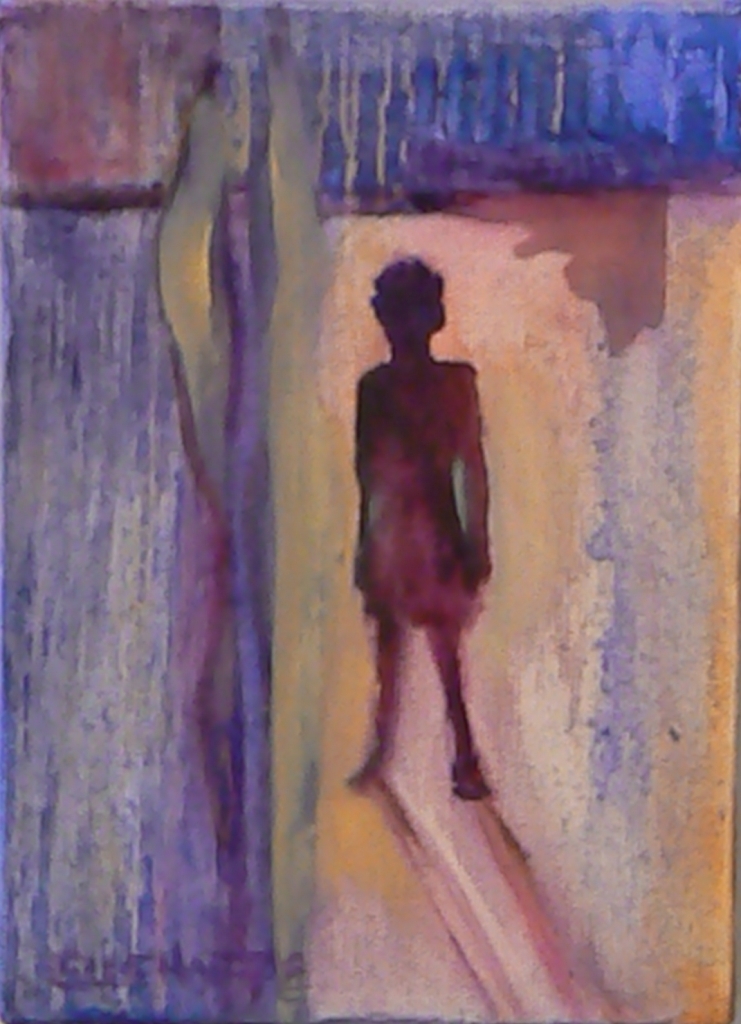 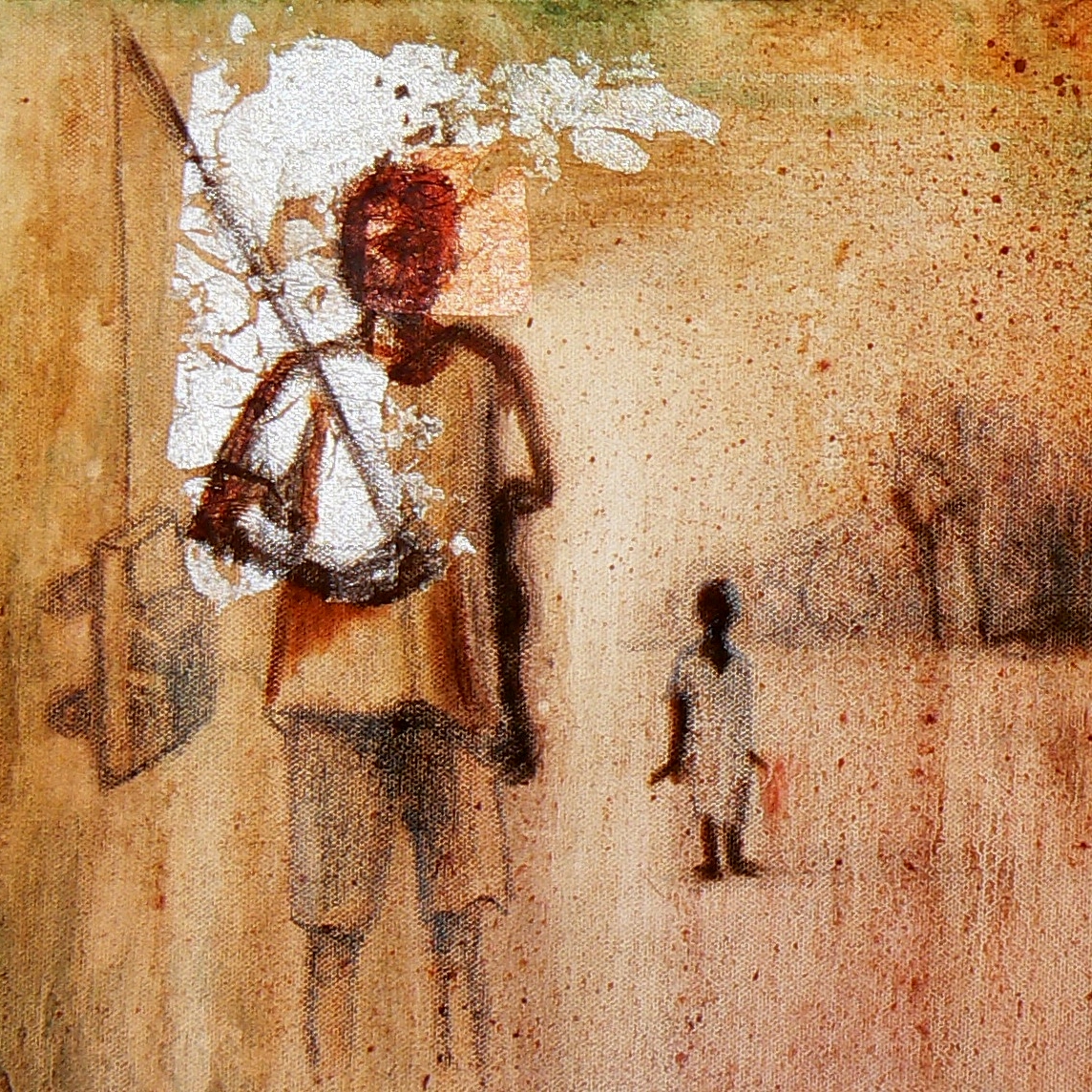